Described as a place of marvellous beaches, beautiful scenery and friendly people, Salvador is the perfect destination for you to explore. Getting to the beautiful location is not a difficult task as you can get to Salvador, Bahia, Brazil by catching any major airline company’s flight; the international airport supports most of the airlines of the world. If you are someone looking forward to meeting a person who can change your life, then Salvador is the destination you should head towards. Visit the historical places or just try out some new taste at the premium restaurants of the city. The scrumptious food served offers a whole new taste which you cannot find from any other part of the world. If you want to relax, take a pleasant stroll along the famous beaches of the city or visit the Atlantic coast. Friendly people offer a wonderful time while you are at Salvador, making you love the city even more.

Members who have been to Salvador, Bahia.

Members who would like to go to Salvador, Bahia.

Members who live near to Salvador, Bahia.

The Rich Culture of Salvador

A wonderful old historical town, vivacious musical scene and famous celebrations of carnivals, Salvador, Bahia, Brazil is the birthplace of the Brazilian culture. The city was founded in 1549 and became famous as the centre for slave trading. However, now the culture is a mixture of music, architecture and art.

Situated on the northeast coast of Brazil, the city is the third largest in the country. The lush vegetation, including the nearby rainforest, gives the whole place a tropical climate that tourists often visit to experience. Pelourinho is the Salvador’s old city centre, which now holds historical places, marvellous architectures, bars, restaurants, hotels and music and dance academies. Beyond this area are many beach districts which stretch from the tip of the peninsula along the Atlantic coast. Salvador is home to among the most beautiful tourist sites of the country making this a perfect place for you to explore as a traveller.

Getting In and Travelling

The international airport of the city is about 20 km away from the city centre and is heavily connected to other Brazilian cities and major destinations. Since Salvador, Bahia, Brazil is a big tourist attraction and a great port city, thousands of tourists along with a number of cruise ships arrive annually to the city. In fact, during the peak months even the city’s most deserted streets become crowded as if the energetic life has once again filled the place.

The local bus service is relatively cheaper than the taxis, especially if you want to travel long distances. Although renting a car is an easy solution to the travelling trouble, driving on the roads of Salvador is really tricky and tourists should instead search for a person to be hired as a driver.

Walking around is said to be the best option when you are on a tour. You get to see the details of the city while walking and you get to thoroughly note the environment. When it comes to an old city like Salvador, walking is the best option as you can explore through the network of streets and places without any trouble.

The people of Salvador, Bahia, Brazil are famous because of their simplicity. They are fun-loving even if we consider the typical Brazilian standards, although some people may misjudge them of being lazy or having no will to work. Whatever the case may be, their reputation opposes that of the people of Sao Paulo, although you might find the people of Salvador quite aggressive on the roads, especially near the traffic signals. However, they will do their best to give tourists the fun and relaxing time which they want. Moreover, Brazil is a country of social variation and no place would be as evident as Salvador in this regard. This can be clearly identified by the upper middle class living in gated societies and communities alongside slum-like neighbourhoods on higher regions away from the coast.

While visiting a restaurant you will notice that Bahia’s capital city has its very own range of fast food to offer to the people. Bahia restaurants are regarded as the best in the whole Brazil. The majority of the restaurants offer South American dishes, however, some of them have also managed to have specialities as well.

Maria Mato Mouro is a restaurant situated near Pelourinho. It offers a diverse range of seafood cuisines from all over the world. Although most dishes originated from South America, there is one particular dish which is called grilled Bahia fish badejo. Tourists who love to try new food should dig into this seafood cuisine as it is a delicacy that should not be skipped.

Tamales is one particular dish which is made out of cornmeal dough. Also called masa, it is stuffed with different ingredients, which create various combination of flavours. Stuffing includes that of sweet corns, different meats, cheese and even fruits.

Most people would avoid eating this dish, but in Brazil Sopa de Pata or cow’s foot soup is quite famous in the city. The main ingredient includes cow feet and cow stomach, also called tripe. Corn, yucca, plantains and beans are added for flavour and texture to the soup.

While staying in Salvador, you must visit the historical places, along with few other sites that are immensely important to the whole city and the country as well. Chances are that you may get to make a friend there as these places are big attraction for tourists coming from all over the country and from all over the world.

Praca Municipal is a place to visit if you are looking for some great architectural sites of Salvador, Bahia, Brazil. This City Square was once a political centre of Brazil, but slowly changed into a tourist site where people come to experience the panoramic view over the bay. Palacio Rio Branco can also be seen from this site which is another popular place of the city.

If you want to explore something historic, then make sure that you visit the Forte de Santo Antonio da Barra. This magnificently huge fort is Bahia’s oldest fort. Built in 1698, the fort has an excellent museum containing relics from Portuguese marine era.

For people who look forward to exploring the religious side of the city, they should visit the old churches of Salvador, Bahia, Brazil. Among them is the Igreja do Nosso Senhor do Bonfim church. This is a small church towards the north of the city and is one of the most famous pilgrimage locations in Brazil. Upon visiting the place, small children would usually gather around and tie ribbons given by the church around your waist before asking you to make a wish. According to the tradition of the area, if the ribbon falls off naturally, then the wish will come true.

Museums like Museu da Cidade, Museu da Misericodia and Museu Náutico da Bahia are some of the great places to visit while you are in Salvador. The museums contain diverse assortment of old and modern relics, including traditional rag dolls, painting, furniture and even sculptures.

The most popular destination to spend your night would be the districts of Rio Vermelho and Barra. People usually get prepared for this by drinking in gas stations and then heading out for the clubs. This warm up activity is known as esquenta.

Rio Vermelho district is known as the busiest neighbourhood during the night as people from all over Salvador, including the tourists, head out to spend time at fancy bars, enjoy live music and eat at the finest restaurants of the city. Salvador, Bahia, Brazil offers bars and restaurants at wide range; from cheap to expensive, any sort of a bar and a club can be found here.

As Salvador is the major hub of parties in the country, you will find yourself getting involved in wild festa” that would not end until sunrise. The party place is a great place for people to come and meet different kind of people. You may also find yourself talking to a particularly charming person who you would love to spend even more time than just during the party. It is advised that although the clubs are really close to each other in the district, a person should always ask local people whether it is safe to go out. It is because even though Salvador is a great tourist attraction, the crime rates get uncontrollable sometimes.

To socialise, you must know a bit of the native tongue although English is also spoken. Native women are usually dark skinned, like all other Brazilians in the city. To make a pass at a Brazilian native, it is customary that you stare long enough at the person who you wish to talk to as this signifies attraction in the city, especially the nightclubs. You must make sure that you are wearing the proper clothes for a party and since the parties can go from crazy to completely wild, be sure that you are ready to dance anytime of the night. Brazilians, especially those in Salvador, love to watch people outside the country successfully trying to fit into their culture and this can be a chance for you to make some new friends.

Salvador is a great place to visit. If you plan everything right, your stay at this amazing city can be a splendid one. However, before you begin your trip make sure that you are not carrying extra cash as new place does not guarantee security like your hometown and one must always be careful. 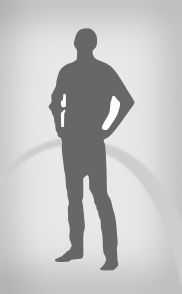